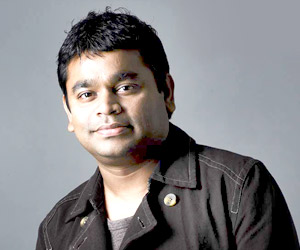 Born - 6 January 1967
Achievements - AR Rahman holds the credit for totally overhauling the style in which music was being made in India. Though with a career spanning just over a decade, Rahman has already sold over one hundred million records world-wide and more than two hundred million cassettes. This has brought AR Rahman into the category of the world's top 25 all-time top selling recording artists.

Allah Rakha Rahman, who is better known as AR Rahman, is a world-class musician of India. Born as A. S. Dileep Kumar on 6 January 1967 at Chennai in Tamil Nadu, AR Rahman holds the credit for totally overhauling the style in which music was being made in India. Soundtracks and scores composed by him for Indian films have a strong impression of classical, folk, jazz, reggae, soft rock and other genres. Due to his creative brilliance, AR Rahman is often referred to as the Mozart of Madras by his fans in India and abroad.

The biography of AR Rahman's career spans somewhere over a decade, but he has already sold over one hundred million records world-wide and more than two hundred million cassettes. This has brought Rahman into the category of the world's top 25 all-time top selling recording artists. Though AR Rahman is the undisputed leader in Indian contemporary music in the present times, he has seen his share of struggle in the professional life.

His father, R K Shekhar, who was a composer, arranger and conductor for Malayalam films died when Rahman was just 9 years-old and his family rented out musical equipment as a source of income. Later there was a turning point when Dileep Kumar decided to rechristen himself as A R Rahman. This incident happened when Rahman's sister was very ill once. A Muslim friend suggested if he prayed in a particular mosque, his sister would recover and so did happen. This caused the entire family to convert to Islam.

The life history of AR Rahman's music career started scaling upwards 1991 onwards when began his own studio and started making music for advertisements, television channels and so on. Rahman got his very first break into the Indian film industry when film director, Mani Ratnam offered him a chance to compose music for his Tamil film, Roja at mere Rs 25,000. This movie turned out to be blockbuster hit and then there was no looking back for A.R. Rahman.

Roja debut made AR Rahman bag the Rajat Kamal award for best music director at the National Film Awards. This was a historic moment as for the first time ever in Indian film industry, this award was being handed to a first-time film composer. There was no looking back for AR Rahman after this as film offers just started pouring in. There are now an impressive number of music tracks created by Rahman and all of them have sold like hot cakes across India and even abroad. He has made songs for super hit films like Rangeela, Dil Se Taal, Rang De Basanti, Bombay et al. 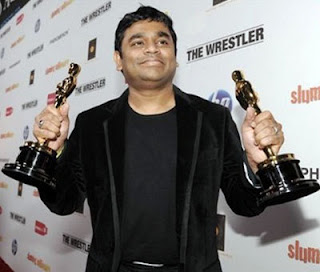